A horror needs a few credentials or essentials:

Some kind of plot or narrative, characters, the big baddie and of course, a location where all of these are to take place. So today’s post is about some of my favorite locations in horror. Now this can be all over the place because of what identifies as a location. Is a building, is it nature, all the above?

For this, I’m going to be more focused on where most if not ALL the events take place in one specific location. That means if The Blair Witch Project is included (it’s not in this), I’d have to pick either the woods or the house towards the end of film and the woods is where at least 80% of the events taking place in Burkittsville, Maryland.

Just roll with me here and let’s get started. 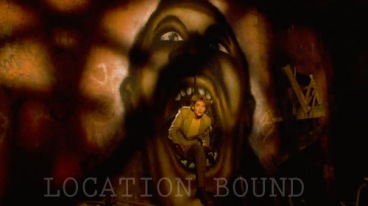 Down below are “some” of the films I initially wrote down to be considered and then chosen for this post. This was a little harder than I expected:

Dawn of the Dead, A Nightmare on Elm Street, Friday the 13th, Candyman, It, Hell House LLC, Phantasm, Suspiria, The Evil Dead, Hellraiser, Crawl, The House by the Cemetery, The People Under the Stairs, Child’s Play. Let’s take these options and rearrange them in a top 10.

10. Black Christmas (1974) – Sorority House. I mean, we’re starting here. The killer, Billy is there, our first kill is there, our final moments of our surviving victim being left alone with said killer in the attic is here (still salty about the ending) and of all things, it takes place during a time when love and joy and exchanging gifts and company should be important. It’s interesting that the killer is in the house for the majority of the film. This isn’t Scream where the killer comes and goes from house to house; it’s just ONE house and nobody’s leaving… literally.

9. It (1990 miniseries, 2017) – Derry, Maine. Granted a lot of Stephen King’s works take place in Maine but I don’t think that his novel about a shifting clown just falls in the category as “it happens in this state” and we get no other information. The popularity of It finalizes the small fictional town of Derry. Like ask the average person what setting Carrie is or The Dark Kingdom or The Stand takes place… and you wouldn’t get a clear answer. It, however? Derry.

8. Phantasm (1979) – Funeral Home. As much as a mindfuck this movie is, the funeral home serves a lot of purpose. It’s where the dead are transformed into dwarf worker bees for The Tall Man. The alternate dimension is first seen there. But it already has a creepy factor: a graveyard and a place for the dead to rest, embalm and display.

7. Candyman (1992) – Cabrini Green, Chicago, Illinois. Now this is an interesting one. It’s deep within the urban community, this lore about Candyman (Tony Todd) that otherwise, suburban residents wouldn’t know what it is. I know the setting is different than the novel but I really like the idea of creating the lore and setting it in an urban area, Cabrini Green (housing) which doesn’t exist anymore (demolished in 2011) and it’s the focal point of the supernatural events. It’s as if Cabrini Green is holding and hiding a secret and Helen Lyle (Virgina Madsen) uncovered it.

6. Friday the 13th (1980) – Camp Crystal Lake. It’s not a building, it’s a whole piece of land where children and teenagers are supposed to have fun and camp spirit but no, you have psychotic Vorhees family members just stalking around, killing people and at least we leave the kids alone. The babies need to live, okay? Teenagers? Fine. But what I like and I think you might enjoy it as well, the camp (and the lake) is basically Jason’s hunting ground, his playground. He knows it better than anyone else. I mean, how does “teleport” so quickly? Maybe he knows shortcuts.

5. Hell House LLC (2015) – Hell House. I’m surprised this popped up in my list when I initially wrote it down because we know how I feel about the 2nd film. I cannot get over how it went downhill and then slightly uphill with the 3rd film. But this isn’t about those two, this is about the first that really grabbed my attention. Spoiler alert coming? The house, when we get to the first film, is already haunted with activity. The new life breathed in by our haunted attraction crew makes it more active. However, my favorite thing is the house’s spirits using the inanimate objects to create the atmosphere. All I have to say is: clowns.

4. ANOES (1984) – 1428 Elm Street. This house is almost a secondary character into the franchise itself. Every film, it’s mentioned or shown… a chalk drawing, a popsicle house, in your dreams. It’s red and green (reflective of Krueger’s sweater), a place of terror to the kids of Elm Street and the beginning of where Krueger’s killings and death coincide together. You’d think as a realtor, you’d put a disclaimer out there like “hey, this is the place where Fred Krueger resided, you might not want this” but I guess the adults were busy trying to keep their secrets about committing a murder and not protecting their kids in the long run.

3. Dawn of the Dead (1978, 2004) – The Mall. I’m going to throw both versions into this one. I think both the original and the remake do a great job at showcasing how malls were essential. I believe Romero said it best, it has everything you need; food, clothing, it’s all there. There’s no real reason to leave until the dead invade, then that’s about it. Or you run out of food? Is that possible? It probably is. And I’ve thought about this all because of those many, many hours spent working at Macy’s and wondering “I wonder if I’ll be able to hear anything if the world ends with these earphones in”.

2. The Evil Dead/Evil Dead 2 (1981, 1987) – Cabin. You can’t have The Cabin in the Woods or Cabin Fever without this original cult classic. The cabin itself is haunted. The land around it is haunted. It’s clear that when the spirits are alive (not dormant), the house almost becomes a puppet and all that’s within it. It’s more obvious in Evil Dead 2. I left Army of Darkness out of this because well, it doesn’t fit the criteria. And where does most of the movie take(s) take place? The living room area.

1. Suspiria (2018) – Dance Academy. Now as much as I love the original (we all do, and respect it), my biggest criticism is that this movie is taking place in a dance academy and yet we barely see it. We see the witchcraft or at least the hints of it but when I watched the newer Suspiria, it gave me what I needed. These young girls are living together, experiencing and developing together. They actually perform a dance that is essential to the plot. And the last hour of that film? Oh my God.

What are your favorite “location bound” themed horror films?