I don’t see many talk about this film.

Is it underrated? Not easily found to consume? Easily forgotten or simply buried among other films that get pushed to the side? I’ve been meaning to do this film for a while (2 years) but it wasn’t an easy film to find screen captures of.

That’s a side note: some films take a while to do because either there aren’t great screen caps or NONE at all.

The Color Story/Study we’re going to venture into is the 2014 film Clown. 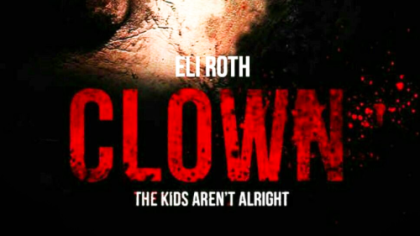 Clown is about a father whose child wants a clown themed birthday party. Why? I don’t know. When things don’t go as planned, said dad named Kent, finds an old clown costume to portray the colorful character. The problem is that it isn’t a clown costume and things go from worrisome to very, very bad.

The color scheme through the film, especially when little “events” start happening is really interesting to see on screen. The biggest takeaway is the use of primary colors. The primary colors are red, blue and yellow. IT IS EVERYWHERE IN THIS FILM. Of course it is on purpose, in my opinion because we associate bright, bold colors for clowns, especially red, blue and yellow. But these colors fall into two categories: bold and muted.

Almost pastel which is a juxtaposition considering the content of this film.

One of the highlights and shocking moments of Clown is when we are in a Chuck E. Cheese. Now, I am a child of the 90s (born in 1987) and I had my fair share of Chuck E. Cheese birthday parties, I personally had one at Discovery Zone (does anyone else remember that??!) and to see this come up in a horror film made me very… apprehensive. First, how did they get away with filming this in a Chuck E Cheese because that is an authentic restaurant, not a stage. Second is we’re at the point in the film where children are HIGHLY at risk but the biggest takeaway is the color scheme. AGAIN, it’s the primary colors but heightened. These are the bold colors contrasting with our transformed protagonist (now antagonist) who is pastel primary. Watch that entire sequence with the lighting changes and the spook level goes up a notch.

I guess because the gore against children is present is why this movie wasn’t released bigger on a theatrical scale. The movie definitely has its back up against the wall for content but I think visually, it’s very cool when you get down to the roots of the film. Also, impressive special effects and makeup, too.