A considered “classic” of the horror genre. A film that has influenced horror in a way that only a certain handful have. A film that turned everything around by one simple thing: killing off your lead actress halfway into the film.

This is Psycho, Alfred Hitchcock’s 1960 black and white film about a secretary (played by Leigh) whose encounter with a motel keeper (Perkins) with severe mother issues. 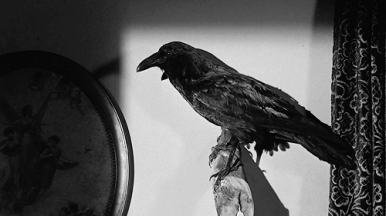 What is going to make this particular post about its cinematography is going to be the use of music and its imagery. Because the film doesn’t have color, and the color is very much an emotional conception in horror, when you strip that visual away, what do you have left?

What you have left is a film that incorporates other avenues to create an intense environment on screen. Psycho, filmed with black and white film, works in an advantage of dramatics, lighting, detailing and silhouettes. At least in my opinion.

If you’re not aware, black and white can be done in interesting ways. For example, the set for The Addams Family was different shades of pink, very colorful but not obnoxiously bright and when translated into black and white film, it’s balanced. The same is similar to animation. If you are going to have segments or still of black and white and/gray scale, you are most likely going to pick your own gray. If you take color and switch it to grey, the balance is off and you might get darker shades or areas unwanted.  The contrast, shadows, brightness can work against you. It saves a lot of time.

So my theory is that for Psycho to translate well into black and white film is that the environment itself had to be balanced with color. And I do remember Hitchcock was on a budget for this film so I’m sure the film quality and choosing black and white over color had some kind of input too. Plus black and white film was quite popular back then to use. I think you can get away with a lot more things in that film versus color, too. 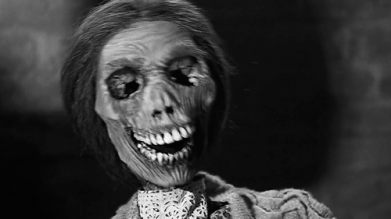 Detail work in Psycho is great, just little details or glimpses of things that could easily be ignored if you blink and the use of lighting is so beneficial. You can add extra to brighten a scene or take away and showcase darkness and shadows.

Silhouetted shots of the “killer” attacking Marion in the shower, the Bates house sitting on the hill, looking ominous and bathing in darkness which then invokes a feeling of dread and danger. Or the scene where Lila Crane (Miles) finds Mrs. Bates in the basement in the dark but once the light bulb hits the corpse, the motion of the body turning and then the music hits the crescendo of violins and…

In conclusion, Psycho is influential for a reason. It’s a staple of what movies can become, what movies can be, and it definitely tested a lot of taboos and walked the line of what’s acceptable and what you can get away with in film. It’s a blueprint of what future films came after, especially in the horror genre.