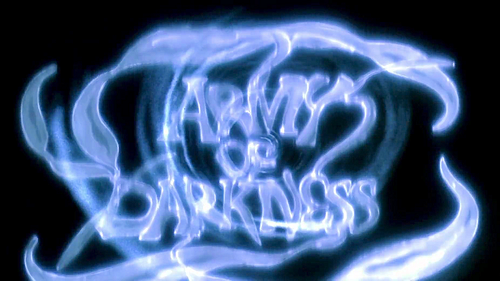 So here we are, the third installment of the Evil Dead franchise, the last lead film after Evil Dead 2. This a good example of a film that once gets some studio interference (Universal), a lot of things change.

As much as I do enjoy this movie and it’s fun, campy, cult classic film, it’s not a top favorite when it comes to the entire franchise. My heart really loves Evil Dead 2 more than anything and a huge reason is that that film is more horror and gore. Army of Darkness is definitely more campy and comedy, less scares. It almost seems watered down and I just think a huge part of that is having a big studio behind it. Nothing wrong with that at all, I mean, get that money, get those coins. But you can definitely see the money behind this movie. 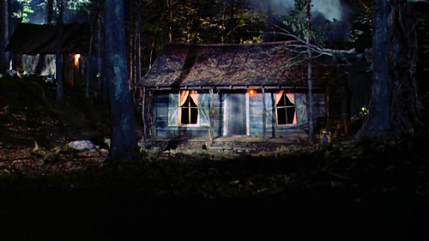 I do enjoy the medieval setting, that’s probably a favorite highlight of this movie. The other is definitely the special effects and make up work.

And of course that great scene where Ash gets some extra ammo involving the lack of hand. 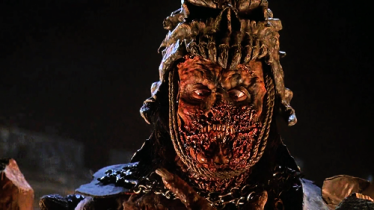 One thing I did notice is that for being set in the medieval times and lots of sunlight, the movie to me looks very cool as in cool tones. It does support my previous theories (mentioned in the previous 2 posts about Evil Dead) that because we’re involving the dead aka deadites of all sorts, the lack of warmth is key. They are supposed to be dead, no color in the face, no rushing blood to create blushes. All we get are cool tones of purples and blues.

As for cinematography, the best for me is when Ash is trapped in the pit and he’s fighting for survival. The camera angles, the atmosphere down there of just… you don’t know what’s down there but you know it ain’t good. The famous leap into the air and the chainsaw just magically attaches itself to him, that’s gold and memorable. You feel the tense moments, the point of view shots, Ash is on his way of becoming an action star within horror.

What I also enjoy is this version of Ash. We were evolving to this Ash we know and love that’s present through the series Ash vs Evil Dead. This badass who has the quips and snarky responses. As much as I love the original Evil Dead, he really is such a wimp in that movie up til the last half hour. I’m screaming at television “DO SOMETHING” when he just stands there. I don’t know if it’s shock but it’s either kill or be killed.

If you are fan of the series, you know about this movie, you dig this movie. I dig it too, there are some really fun moments in this movie but there are more jump scares than full on Evil Dead/Evil Dead 2 horror and I’d pick those first. I also do enjoy the remake/reboot/continuation of Evil Dead (2013) and the small handful of episodes of the main series.

So watch Army of Darkness after you watch The Evil Dead and Evil Dead 2. If you don’t, you would get lost because there’s some key things that happen in the previous films that pop up in this one.

One thought on “Army of Darkness; how can you destroy an army’s that already dead?”