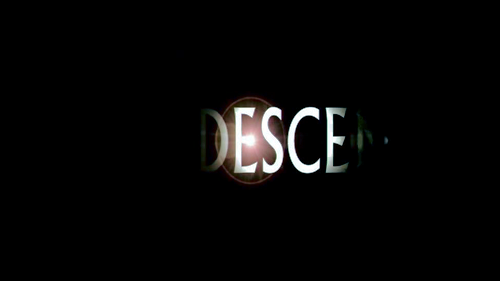 This is one of the coolest British horror films ever.

Others that are also cool: 28 Days Later, 28 Weeks Later, The Wicker Man, the list goes on since there are so many that fit different genres and tastes.

But this is about 2005’s but released in 2006 film, The Descent. This is mostly an all female cast dealing with human relationships and emotional drama all while cave exploration and becoming prey to human-like creatures.

This movie is one of those few rarities in horror where everything is pretty darn perfect. The script is very tight, the acting is great. I mean, you feel so much tension that it has nothing to do with the creatures, it has to do with what the characters are doing and saying to each other. The creatures and the tight space is basically the icing on top of this drama filled cake.

Another big highlight is of course the cinematography. There are these tight, close up shots that are really enrapturing and not awkward or an afterthought. The same goes for far away shots that are about building up the tension and the atmosphere of being underground and how claustrophobic it is. Some of it does remind me a bit of The Shining’s angles and that’s not a bad thing.

One particular aspect to mention and it is the reason why I had did the post on tumblr (aka choosing this film) is the colors and the lighting. The colors are very bright, very bold. There’s one particular moment that I remember so vividly and that is when our “final girl” emerges from the pool of blood and it’s red. It’s so red that you almost can’t tell she’s in the frame but you immediately feel concerned and scared for her, combined with that bold redness from the blood and environment around her is chilling.

What I like that the lighting does as well is it doesn’t mess around with hiding the creatures too long. There are moments when it works, keeping the monster in the dark and then bathing them in light, very similar to how Hellraiser does it with the Cenobites.

If you have not seen The Descent, it’s a must-see! British horror is very unique in the same way that Japanese horror and even Italian horror is differentiated from American horror. There’s a rawness and smartness attached to these different horror films of different cultures and environment.

However I haven’t seen The Descent 2 so don’t quote me on that!