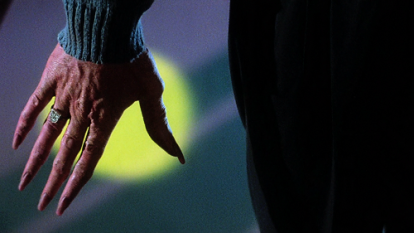 It’s a popular concept or genre in horror. You know, you got the “first” vampire horror interpretation Nosferatu, film 1922, black and white and based off Bram Stoker’s Dracula but there was drama with the rights and… we won’t go there. Of course, there’s Universal’s version of Dracula starring Bela Lugosi and all its countless sequels but I think the resurgence of vampires in horror began in the 80s and were more vicious, more serious and Fright Night is a cool balance of both.

The 80s produces Vamp, Once Bitten which is more of a comedy but nonetheless, Near Dark, The Lost Boys, The Hunger (which stars David Bowie), and even The Monster Squad.

But in this post, we’re going to discuss 1985’s Fright Night which was directed by first timer Tom Holland who also wrote the film. It stars Chris Sarandon (Child’s Play, The Nightmare Before Christmas) as our neighborhood “friendly” vampire Jerry Dandrige and the chase of cat and mouse between he and Charley (Ragsdale).

The game of cat and mouse, at least how I would describe it, is really why I like this movie. Okay, and the SPX and the cool gore and the cinematography is pretty bomb too.

One thing that I’ve noticed about this film and I’m wondering now that once I’ll mention it, you’ll notice it too, but the entire film is mostly cool tones. For those who aren’t up on I guess “art/creative” talking or lingo, to me, cool tones are purples, blues, greens (sometimes), gray. Tones are the combination of combining gray with a color. A tint is with white and shade is mixing black into a color (a pure hue).

Examples of “cool tones” throughout this blog are Evil Dead 2, Sleepy Hollow, Silent Hill, The Ring, John Carpenter’s The Fog and Creepshow just to showcase a few. When you contrast it with warmer tones (Hellraiser or The Descent), it definitely makes a movie stand out, at least to me. You can check out those posts in the blog, btw.

I think that’s what makes this movie look cool (no pun intended) and the makeup/spx as well. The transformation scenes are amazing and I love the look of vampires. I like when our supernatural creatures look “off” but human (Nosferatu, 30 Days of Night, Vamp). 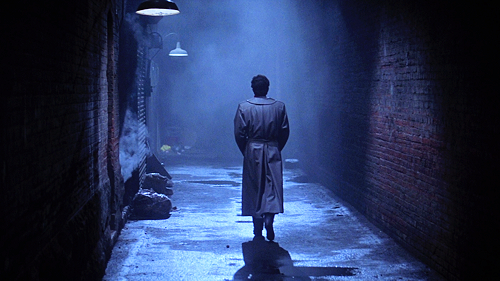 And the plot itself is very interesting and different than “ooh ancient vampire rises to find his bride/drink blood/cause chaos” and this was more “we’re gonna do that but more action, more drama, more laughs, our vampire is very handsome and charismatic and you are going to root for him.

That is Fright Night. There are great scares and spooks, classic lines, Saradon really shines in this movie and it’s fun, it’s a fun vampire film. It doesn’t take itself too seriously, it’s clear that they knew what kind of movie this is while making it. 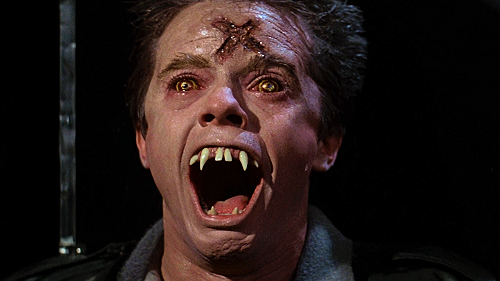