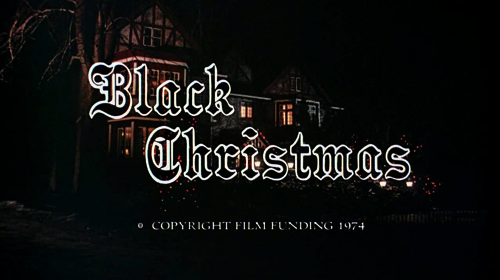 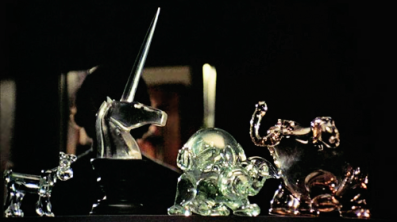 Another Christmas/holiday themed movie in a row.

This is one of those briefer, shorter posts because the cool cinematography bits involve the killer/kills throughout the film. But let’s not jump too far ahead of ourselves. 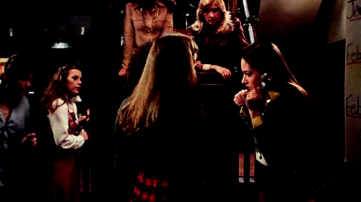 The film being discussed is 1974’s Black Christmas. Not to be confused with the remake, this original, in my opinion is much better. But then again, a lot of horror remakes or “reboots” fail to capture the magic or originality that the originals have. Only some have actually not pissed me off and I enjoy them in their own right (Evil Dead, The Texas Chainsaw Massacre, House of Wax with Vincent Price). 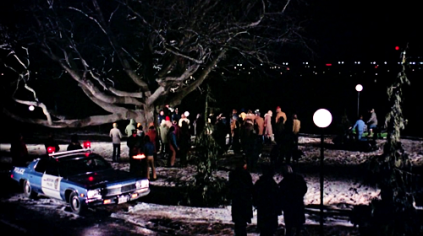 The film itself reminds me of Halloween (which came out 4 years later) and a bit of Friday the 13th (1980) with the idea of us as in the viewer, never seeing the killer and/or we ourselves are in the killer’s shoes because it is their POV. Of course that kind of storytelling goes back to Psycho which done it well and immediately influenced a lot of horror films. It is one of the earlier slasher films so you gotta give Black Christmas its props. And despite the film taking place mostly at night, it never seems too dark or too dim. 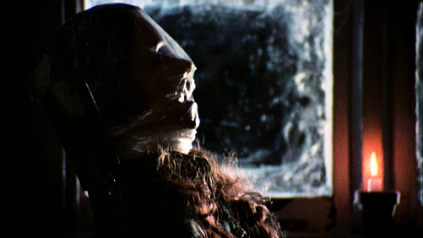 A favorite aspect of the film I love is the kills or the aftermath of the kills. I think that’s where the cool factor comes in. It isn’t special makeup or effects (sort of), it’s the build up, the tension and the kills. Once we get to the first kill with the plastic suffocation and then seeing that body just propped up in a window, undiscovered and that slow pan out from the window, that’s what I like to see. 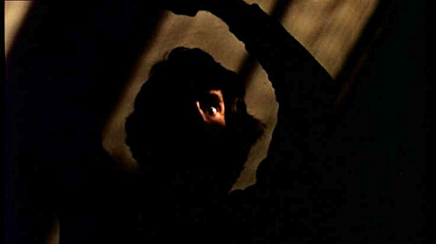 Another thing the film does well is creating this atmosphere of… claustrophobia. It all takes place inside of a house, a sorority house and there’s nothing scarier than being trapped and there’s nowhere to go that is deemed safe. You see that in Suspiria, The Haunting, Alien, Demons and Demons 2, The Evil Dead and Evil Dead 2, and 2001: A Space Oddessy, these films where everything takes place into one area or building and how to use that space to create tension. How to develop memorable moments or cinematography in basically one setting. Black Christmas does it really well.

Black Christmas is a film that is a much watch. It’s influential in its own right, it’s based around a holiday that beneath its cheerfulness and winter-y songs and biblical hymns, it’s not a very pleasant holiday.

Also, check out Bravo’s 100 Scariest Movie Moments on youtube where Black Christmas is actually discussed by both director Bob Clark and actress Olivia Hussey. I’d recommend that entire program as a whole for those who haven’t dipped their toes into the horror waters. It’s a great way to expose yourself to different forms of horror films to pique your interest. But in the program, they do discuss the infamous kill with plastic wrap and other details.