Hello everyone and welcome to Shots of Horror here where we discuss horror movies through an artistic eye. My name is Trista E. and today we’ll be discussing a film that I had the random pleasure to watch actually for the first time in its entirety: House.

House is a 1986 film directed by Steve Miner who also been heavily involved with such projects as Friday the 13th Part II and Part III, Halloween: H20, Lake Placid, Night of the Creeps, Felicity, Dawson’s Creek, Psych, Eureka, and that’s just a small percent of his impressive resume. Sean S. Cunningham produced the film (directing and producing the original Friday the 13th, involved in Jason Goes to Hell: The Final Friday, Jason X, Freddy vs. Jason, Friday the 13th’s 2009 remake, another remake of The Last House on the Left and many other projects).

House has 3 sequels, 2 of which Cunningham was a part of, but we’ll be focusing on the first film. 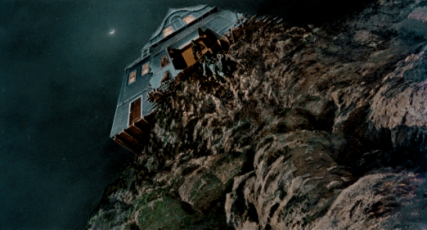 The story of House is quite simple: a man who is a veteran of the Vietnam War, struggling with PTSD, inherits a home from his aunt who had…, well went missing and then found dead inside the home. The rest of the film delves into a nosy but nice enough neighbor, marital problems, a child missing and exploring guilt. Combine that with the supernatural, war flashbacks, some very cool monsters and special effects and you have a film that is both fun and quite depressing at some point.

While finding screen captures for this, I came across the title card which I hadn’t paid a lot of attention to initially. The font is very… Art Nouveau inspired. And I can hear the question now, what is Art Nouveau?

According to Wiki through Google, they classify it as: “Art Nouveau is an international style of art, architecture and applied art, especially the decorative arts, that was most popular between 1890 and 1910.” As someone who studied art and has a degree in the fine arts and kept every single art book used for classes, I’ll use a book’s (Modern Art, Hunter, Jacobus, Wheeler) definition: “decorative” “emotional” “curvilinear ornament” and my personal favorite in the paragraph, “push decoration over the borderline into independent abstract art”. Basically if you recognize these very famous works of that movement, that’s Art Nouveau. 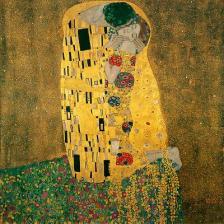 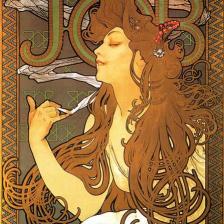 Back to the title card. It’s very reminiscent of the movement and also very 70s which ironically was the end point of the Vietnam War (1975) so I think it would all make sense. At least that’s how my brain reworked it.

House, the aesthetic is very… muted, and rightly so. The colors, the monsters, the entire environment is very muted. That’s the one word that I keep coming back to. The various 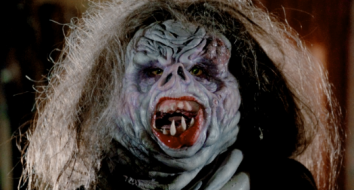 scenes within the home, flashback war scenes, it’s very toned down in color. Of course you can see color but it seems that the tone of the film is reflective in the coloring. There’s also a lot of tones and shades of naturally produced colors as well.
You aren’t going to get an obnoxious amount of neon and powerful colors that overwhelm you (a la Suspiria or Vamp, or even Blood and Black Lace) but color takes a backseat and is more of a secondary or third character.

A mixture of toned down or muted colors, Victorian style house, the star of the movie really is the ongoing plot. I did enjoy the film in its entirety (Up til that point, I’ve only seen the last hour or so, not knowing anything else about the film minus the climax.)  I would suggest watching this film if you are a fan of comedy and horror. It’s not boring, it does lag a bit but it does pick up and it’s fun. It’s not too serious of a film, doesn’t take itself too seriously but I do enjoy the other aspects of the film such as handling guilt, divorce and separation, losing a child, it gives the film some depth. 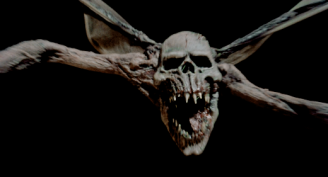