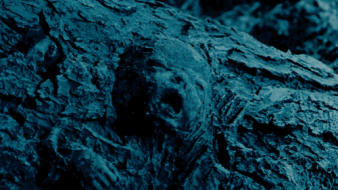 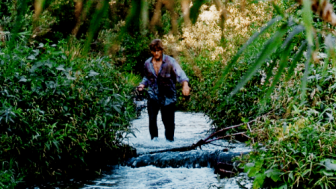 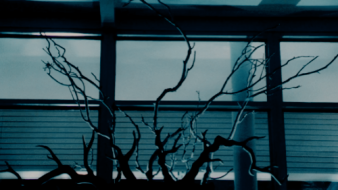 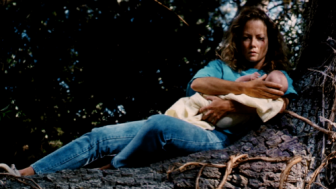 It was time to choose a film that’s really a deep cut but also distanced from the director himself. I’ve seen this film once or twice, I own it on vhs and I don’t know if it’s available on any streaming platform but what we will be looking at is 1990’s The Guardian. Now, there is another film with this same title but they are NOT the same.

This film is directed by William Friedkin of The Exorcist fame and though the film credits him under the pseudonym Alan Smithee for television showing, this film has gained a bit of a cult following. The synopsis is simple: a couple hires a nanny for their newborn but said nanny has a history of missing children in her care. A mix of The Hand that Rocks the Cradle but with more supernatural entities at hand. This movie isn’t bad in my opinion, I have seen worse and reviewed worse but the choices for cinematography are quite interesting.

There are two spectrums: blues and cooler shades and lightly warmer shades. The cooler shades and lighting I associate with Camilla aka the nanny (played by Jenny Seagrove), especially these moments of her in the woods. I think of the color blue as passive, serene, calm, peaceful but intelligence, confidence, and authority. Camilla is all of those three things. She’s charming, smart, and gains immediate trust and likeness from the new parents and their associates. She’s the wolf in sheep’s clothing, just gaining access into their lives.

The lighter, warmer shades seem to go with the main couple. They are bathing in light so to speak. Perhaps it’s about their innocence, being our protagonists, but it also just makes a distinction from Camilla and gives them the opposite on the color wheel.

The special effects aren’t bad at all, I truly enjoy the look of the “tree” and also Camilla later on the film, just burned and the blood during the later film scenes is a beautiful wine red. I think the only big hiccup is giving the film to a first time director while researching further, this film could have been directed by Sam Raimi. Like The Evil Dead, Drag Me to Hell, Darkman, original Spider-Man trilogy and upcoming Marvel film Doctor Strange in the Multiverse of Madness Sam Raimi. What a different film that could have been; that mix of vulnerability and pure unnatural terror in one world.

I would recommend this if you’re looking for a film that not a lot of people are aware of. If you like supernatural/deity aspects, an early 90s film or just curious about this film altogether, I’d say yes, go for it!