I wasn’t going to be posting anything today but I figured I could try for Saturday. I covered a lot of topics on this blog like sequels, Gravity Falls, favorite franchise, top moments, reviews. There are many more but there are little pockets or subgenres I haven’t touched yet and it’s time to. The world we are living in right now is full of science, medicine, a pandemic, it feels like we are living a horror movie. Next time, I’ll do more horror based around (diseases, infections) but right now, we’re gonna do medical.

Now what classifies as Medical Horror? The plot or its surroundings are based in the medical field. Some might have touches of science which are intertwined together but I am including that!

Here are some recs of medical horror. 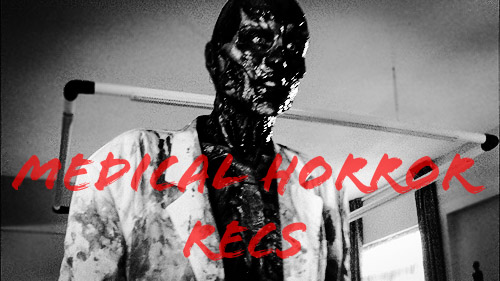 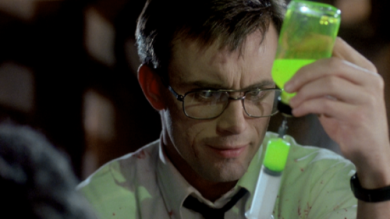 Now why did I pick these films? There’s something for everyone in this list. Re-Animator is a cult film from the 80s well worth the praise that it gets and is a comedy as well. Herbert West is someone you love to hate but still love him. Jacob’s Ladder is so somber and bleak, and Tim Robbins’ performance is great to watch the slow downfall of his mental stage. Hellraiser, well Hellbound: Hellraiser II is my inspiration for this post. The aftermath of what Kirsty Cotton had experienced followed her while she’s institutionalized, we’re introduced to Dr. Channard, how a person can become a cenobite and watching a doctor abuse his power to gain MORE.

American Mary, Pathology, Flatliners and perhaps A Cure for Wellness takes majority of the time within a medical environment and are medical students or pursuing a career in the field. A Cure for Wellness, we are trapped in this claustrophobic and dangerous world (I also randomly thought of Shutter Island) and as beautiful as the movie is, it’s sinister underneath. 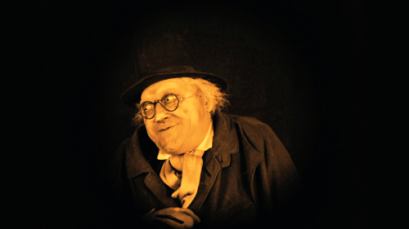 And then finally, The Fly, Frankenstein, The Dentist and Dr. Jekyll & Mr. Hyde has a few things in common. The protagonist or antagonist are already established as doctors (legit or not) and become dangerous. Whether it’s intended or not, they become a menace to society and sadly don’t make it out in the end.

Other films that are coming to mind are The Cabinet of Dr. Caligari, which I just recently reviewed, Contagion, Dr. Giggles, Repo the Genetic Opera, Altered States and there are possibly more than can fit into this category. If you have suggestions, leave them in the comments! I might check it out if it’s something I haven’t seen.

On this date in 1987, ANOES Dream Warriors was released theatrically.
I collect weirder things btw 🙃
A review for the 2018 short The Quiet Room is up on the blog! Link in bio.
Tonight we are discussing Black Horror on the blog. Link in bio.
Valentine Bluffs. Harry Warden. I watched (re-watched in it’s entirety for the first time in years) 1981’s My Bloody Valentine and did a short review. Link in bio to read! ❤️⛏
Happy Valentine’s Day kids. Be safe. 📞