A movie I never thought I’d get the chance to see was finally watched yesterday (Jan 31st, this is written on Feb 1st) and I was thoroughly enjoying the film. I know for some it’s hard to watch movies that are silent or have subtitles or dubs but I think the more you do it, the more you adjust. I said similar to that while watching A Bay of Blood because it is an Italian dubbed horror film, you just get used to it.

Prior to this movie, the last movie I ever saw that was from this time period and also a silent movie was 1922’s Nosferatu around early last year. The time run is similar, I see similarities in overall tone but I’ll get more into detail in a bit.

I’m going to review (lack of spoilers) The Cabinet of Dr. Caligari. 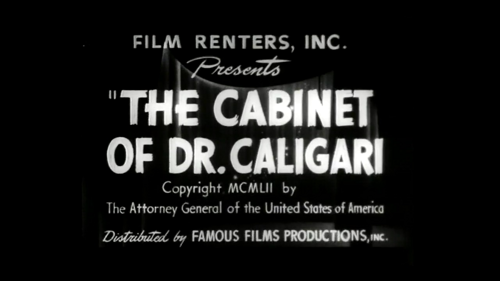 This is available on Prime so if you have not seen this film, it’s for free through Prime (if you have it). Considering this is the oldest movie I have seen so far, I really enjoyed this movie overall. The plot (without giving too much away) is about a man, Dr. Caligari, and his somnambulist, creating terror in a new town. 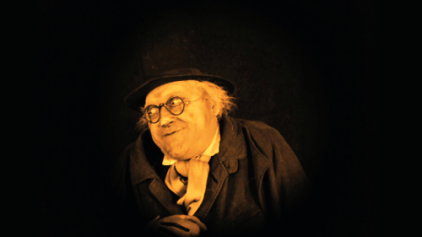 What I appreciated the most is the tone and acting throughout the film. Since it is a silent film, these actors have to sell it. You have to convey all sorts of emotions and expressions on your face to sell this movie and they did. Werner Krauss, who plays the titled character of Dr. Caligari sells me that he is someone who is not to be trusted. You don’t trust Dr. Caligari, even almost at the end of the film with that twist ending. Caligari is an opportunist, sneaky, craves power. However, on the opposite end, Conrad Veidt who plays Cesare, the somnambulist (sleepwalker, hypnotized), you feel sympathy but also he’s a danger in his own right. 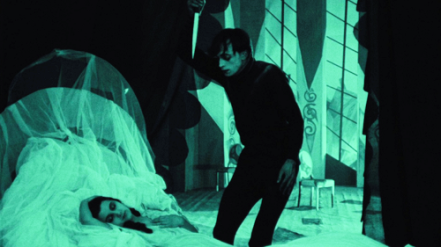 The tone of the movie correlates with set design and makeup effects. It’s graphic, hash lines and jagged, there seems to be a lack of sunlight until the end of the film which seems to feel and look lighter but overall, it’s very sinister. It’s the shadowing and weird angles and slanted backgrounds that makes you feel off kilter.

I see the reasons why some consider this the “first horror movie” and for those who don’t get it, horror doesn’t have to be slasher or dramatic special effects and an iconic villain. Horror comes down to how it makes you feel, how the whole movie makes you feel and this movie continually made me feel uneasy and tense. I wanted to see where the movie goes and it fits film noir, and mystery, a bit of thriller and overall horror. Even the music, as dramatic as it is, fits the tone.

The Cabinet of Dr. Caligari stars Werner Krauss, Conrad Veidt, Friedrich Fehér, Lil Dagover, Hans Heinz v. Twardowski and Rudolf Lettinger and was directed by Robert Wiene. I will give this film a 5 out of 5 stars.

Is it one of the first to get to 5? It might be! I would highly recommend this movie. Also, the film was completely black and white, so these images were found with this colorized filter on top which could also be from another version of the film. 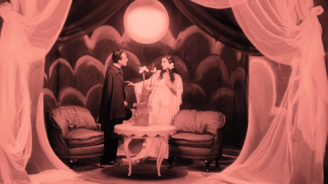 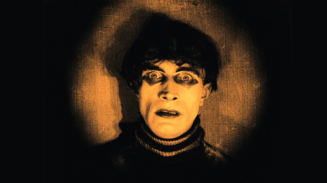 Runner and creator of Shots of Horror here (and previously on tumblr) as a way to showcase and discuss the artistic lens of horror films. View all posts by shotsofhorror

When kids are the focal point in horror (or thrillers), we get discuss and see how the stakes are even higher. Link in bio to read last week’s post!
Today we talk about horror movies that are homebound… which are not The Purge. Link in bio to see where The Changeling, Wait Until Dark and Crawl rank! Link in bio.
The exploration of supernatural and horror themes in young audience’s tv consumption is so fascinating. There are some not pictured like Ghostwriter, Ahhh! Real Monsters, Tales from the Cryptkeeper and more. 👻👽📺🔮🔪
Sat down and watch the very first episode of Disney’s original series So Weird from 1999. I did watched this younger and I have not seen it since it went off the air and I barely remember S3. Though for Disney, this episode was very mature and darker than I remembered so new series to review on Retro Rundown! 👽👻👩🏽‍💻
Tonight we discuss horror movies that utilizes a stage… you’ll be surprised at how many there are! 🎬🎭 Link in bio!
I watched and reviewed the 1976 film Burnt Offerings through @shudder and had some fun with this one. Have you seen this film and if so what did you think? 🏠📺💐