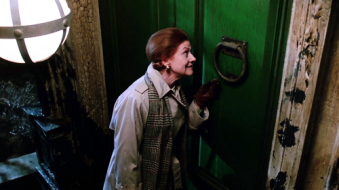 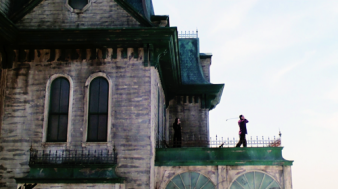 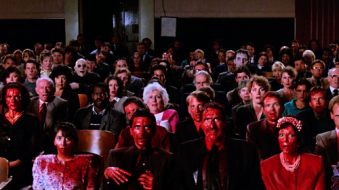 The Addams Family, a staple in our pop culture, has been around since the late 1930s in cartoon/comic form and since then developed into television series, films, animation and much more. The 1991 film, directed by Sonnenfeld, brought The Addams Family into the modern age of the 90s but kept them true to their gothic roots.

The television series kept them in the world of black and white, yet when you see photos of the set, everything is pink to further enhance the black and white nature. Fun fact in animation, if you are doing black and white, you want to create and mix your own colors (greys) instead of taking what’s already made and then turning the color off. You have a high chance of making the overall cell(s) very much darker/muddier than you intended.

Back to the film!

The colors in this movie are lush and rich. I say that with no exaggeration. The colors when you really look at them are beautiful and beautifully used when necessary. Yes, the family and their world is gothic, high gothic at that yet Gomez (Julia) is wearing a lush purple velvet smoking jacket. The front door of the Addams’ house is a luscious green, the red used for blood is obnoxiously a bright red, not dark and brown, like how real blood looks. The colors are fitting for this world, but not too far fetched from reality. Moriticia’s red lips match the color of Gomez’s shirt during the family celebration of Fester’s return or the red roses Morticia plants.

The film is more cooler tone, a “colder” atmosphere which maybe was an overall filter or tint but you can see a difference in the sequel, Addams Family Values which looks warmer (camp, Debbie, new baby) to my eyes.