I did one of these around November of last year, talking about some of my supernatural films that I am a fan of. I decided to do this again with another topic which I’ve chosen as zombies! Or the living dead, the walking, the undead, basically they are dead and they are alive and they want flesh or your brains or just pure chaos. These are in no particular order so none of these are better than another, but just a collection of a top 5 favorite!

What is it about zombie related films that get to us? I think it’s more like… it is US, it is our friends, our families, people we know more than complete strangers basically turning on us and feeding on us. It’s a big fear, I’m sure of it. However, the selected ones above have not only gore but comedy. Except the first one, that one just… shudders.

Zombi aka Zombie aka Zombi 2 is by Lucio Fulci and finally watched this last year and it was a part of my watchlist of 2019. It is a sequel to Romero’s Night of the Living Dead and I had watched a lot of italian horror films, most of them are of Fulci’s and this is one that I think I have seen in the past because rewatching it, I felt as if I had seen bits of this film possibly YEARS ago and didn’t remember or it hadn’t fully registered. Especially the scenes with the water and being on the boat and the opening with a zombie on the boat in New York. I remembered those moments vaguely. Now I know the film clearly. This constant dread for our potential survivors, I felt nothing but dread. Dread and constant fear. I was just “somebody help them” at my screen. I have been trained in the giallo school… anything Fulci does, I just have constant dread.

The Return of the Living Dead is probably one of my favorite parody films ever. I bought it on dvd last year (along with Carrie, Child’s Play/all 3 came with cool concept art as covers) and when I watched it, I had a ball. I love the idea of how the zombies come back and how they are “destroyed” but also possibly coming back with the rain. The characters are fun, I love the dialogue, Tarman is fun on screen. I mean, I have socks from Fright Rags that have Tarman on them. BRAAAAINS. 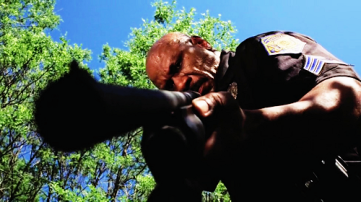 Dawn of the Dead, both versions. I had seen the 2004 version in theaters aware it was a remake but hadn’t seen it because accessibility was way different back then. It wasn’t easy to find the original. Now that I own both on vhs and on dvd, I enjoy both for different reasons. The remake is just one of those cool moments of people talking about why it was fun, the zombies were more active and faster, kinda like how 28 Days Later was received. And since I have worked in a mall for 4 years, those two movies, I get it. I get the mall culture. Unless you were around with malls began, boomed in the 80s and 90s, definitely a dying culture as of lately, the mall has everything you need. The original, I just enjoy a lot of the gore (thanks to Savini), the acting and dialogue, the fact that Dario Argento is involved too. The original is a classic for a reason, a great follow up to Night of the Living Dead. It’s in color, and that makes the killings and destroying of flesh even more horrifying. 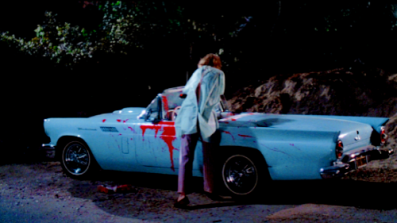 Night of the Creeps is ANOTHER film that I watched last year and it’s another fun parody but it has its own spin. This, along with The Return of the Living Dead, The Monster Squad, and so many others, are grouped in that 80s horror fun genre that you hear about or know about, but you don’t really watch until much later in your adult life. At least for me. Night of the Creeps stands out because instead of the zombies becoming from nuclear, apocalypse, disease, etc., it’s more like “it’s aliens” and you accept it. Slug aliens. And Tom Atkins is in it. Nuff said. 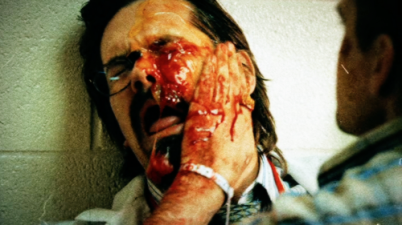 Planet Terror. I struggled with putting this on here because there is so much politics around Dimension Films/Weinstein mess and like I said before in a previous post I did where I am strictly talking about the movie. Planet Terror belongs with the Grindhouse films that also holds Death Proof (I prefer that one) and a bunch of fake trailers like Thanksgiving and Don’t… which, why aren’t those real??! Machete became a thing! I just… ugh. ANYWAY. Rose McGowan is great in it as Cherry Darling, her chemistry against Freddy Rodriguez is great. Love the “useless fact number…” joke throughout but the gore, the gore is so great in it. It’s brutal, nasty, bloody and I like the overall look of the film; scratchy, gritty.

Though these are just my top 5 favorites, there are TONS that I love that didn’t make this post because that will be too long. Do you have a favorite zombie film? What is it? And here are just a few shoutout films that I also think are cool.

*Night of the Living Dead, 28 Days Later, Overlord, Dead Snow, Zombieland, Warm Bodies, I am Legend, Land of the Dead, The Serpent and the Rainbow.

One thought on “Favorites Series: Zombies”