underestimate the extent, value, or importance of (someone or something).
“a very underrated film”

—
Stephen King has tons of works adapted to both the small screen and the big ones. From IT, The Stand, Pet Sematary, Salem’s Lot, to lesser known The Dead Zone, Christine, Sometimes They Come Back or Children of the Corn. But there is one that I bet not many people are aware of its existence. I, personally, have always felt that a lot of his work is more suited for the smaller screen or perhaps lately, streaming, which breaks my heart a little when I mention this adaptation and either you were around to watch it live or you don’t know: 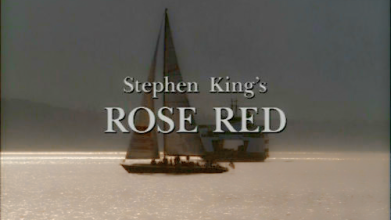 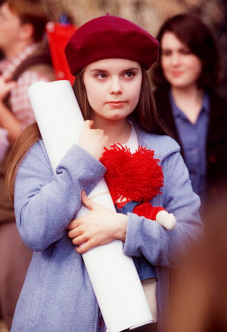 Rose Red, made for television in 2002, debuted on ABC to very great ratings. The story is not your typical haunted house story. On the surface, it looks very similar to real “funhouse” Winchester mansion in California, however, this house you most likely wouldn’t escape. The cliff note plot is that we have a Dr. Joyce Reardon, a professor in psychology who brings along a team of psychics (of all sorts) to “wake” up the house. It’s a total of 254 minutes (I should know this, I saw it on the vhs tape) and two parts. First part is the introduction to our characters, our antagonists, the slow build up to how these very different characters are going to interact as well as the house itself. Just little glimpses of how the house is going to become one of the big baddies.

Now, you’re probably wondering why is Rose Red being talked about in “Underrated” versus maybe a review or a “Favorites” under Stephen King. I think it belongs in this particular series because… no one mentions it or talks about it or gives it the proper acknowledgement or respect that it deserves. 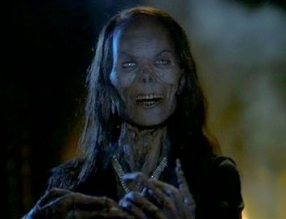 Things I enjoyed about rewatching: I like the look of the ghosts. These do not look like typical spirits or the ghostly white, floating in the air spooky. The way some of the spirits presents themselves are frightening. Yes, they can be ghostly white but they can also look as real as you and me, talking to you, or there’s an apparent evil-ness in their face, lacking warmth and paleness. There’s also the almost demonic look that some showcase, sharp teeth, skeletal like. I also like a lot of the characters, they are quite likeable and you care about them and their wellbeing. Some more than others, obviously. And I enjoyed the different aspects of psychic abilities and how they each reflected the character’s mannerisms or persona. 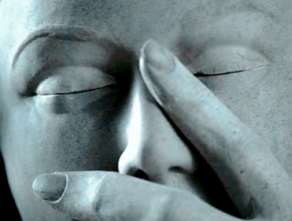 Things against Rose Red: The visual effects are distracting. I just watched part 1 (Wednesday) and part 2 (Thursday) and as much as I was enjoying it, the effects were very much… huh worthy. Second thought is the length. Now I’ve said this in a review about The Witching Season and this will come up for a future review of Creepshow, the length of time of this is pretty long but being long means cramming a lot of content. We could lose some scenes that weren’t necessary or shorten them, aka all the overshot scenes of the house. It’s constantly there, driving home the idea of how big it is but I think we can use our imagination at times as well. Even the over shots are a bit distracting as well. 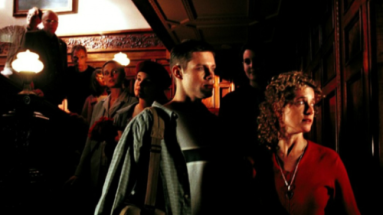 Which part do I prefer? Part two. I like when things are constantly happening, they are in danger, you know bad things are happening and you want to watch what happens. Who is going to make it out alive? What “proof” is Reardon going to find?

Should you watch Stephen King’s Rose if available? Yes.

If you enjoy haunted houses, this is for you. If you’re a fan of Stephen King, it is a must see in the long list of King’s adaptations. I do remember sitting and watch this when it premiered on television and it was the coolest thing to be a part of. I enjoyed it so much that when it ran its reruns, I watched that too and then… I had forgotten about it because it wasn’t shown or talked about anymore. Imagine my excitement to find it at a thrift store and remembering the feelings I had about watching.

I think that’s what film is about. How it makes you feel, your memories, your thoughts, how it can affect your life after watching. Stephen King’s works bring out an entertaining, exciting vibe with a mixture of dread because… it’s Stephen King. Rose Red is no exception and something worth checking out.