It looks gritty. It looks raw.

There’s no huge budget behind it.

This is how I would describe the look of 1974’s (The) Texas Chainsaw Massacre. I’ve always looked at this movie as an exploitation type of movie with the story of just being at the wrong place at the wrong time with a family of cannibals in Texas. 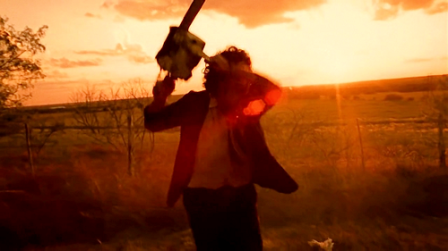 It’s “based off true events” but the only true inspiration comes from real life serial killer Ed Gein who was prominent during the 1960s. He is also a reason why Norman Bates in Psycho exists, Buffalo Bill being just the creepiest character (minus Lecter) in The Silence of the Lambs and is referenced throughout different forms of the horror genre.

But this post is not about Gein, it’s about Texas Chainsaw.

Like I had mentioned in the beginning, the final look of Texas Chainsaw reminds me of a “on the road documentary gone wrong” which is why it looks so gritty when working with a limited budget.

But that works in its favor. As violent as the movie is, when you look at the visuals, it’s quite enrapturing. 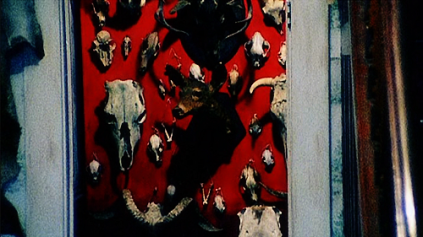 There’s one moment that is sticking out to me is the first glimpse we see of Leatherface. To set up the entire scene, the entire house up til this point looks “average”. There’s nothing about it standing out until a character hears a pig like noise that intrigues him to investigate versus leaving the house. But when we see Leatherface for the first time and he kills the victim, the room behind him, the color red, with little trinkets and bones hung up on the wall, that is something that sticks out to me. Everything up to that point had been so “plain” compared to that burst of red and we’re stunned by color but also stunned by the brute strength and violence Leatherface carries out by pulling in our victim into this other room, this other world and slamming the metal door shut. 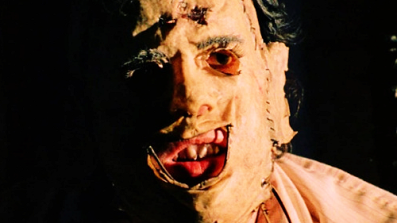 It’s powerful in a lot of ways.

The colors are warm throughout the film. There’s a warmth through the film whether it’s the weather itself or the use of colors (yellow, orange, red, even the cooler tones seem warmer) and perhaps that’s the idea of the setting is in Texas therefore, it’s warm, or that warmer tones equal emotion. Granted cooler tones can give you that too but a different set of emotions.

Close up shots of our victims, our villains, the environment, it all collectively just reads “not safe” throughout the movie.  Unlike the previous entries in the blog, this is one off the top of my head where you truly see the rawness available when using film and that’s another reason for throwing it in the “not safe” category I made up. Some people might be bothered by the graininess in the movie, the look isn’t something you’d find in today’s movies but that is to be on purpose, especially if there’s big money behind the project. 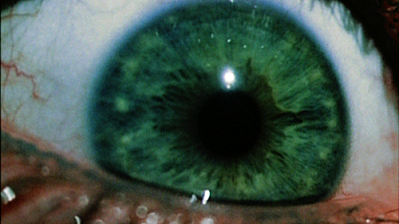 The Texas Chainsaw Massacre was a previously banned film which turned into a cult film which has now produced a recognizable IP and villain in the form of Leatherface. I mean, once you’ve made it into a Mortal Kombat (X/XL) game, you can’t go wrong, right?

He had some good moves and combos in that.