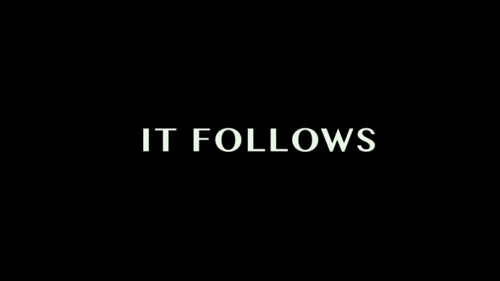 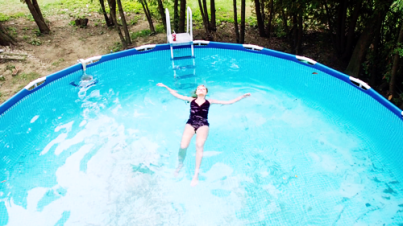 It Follows is a good addition
into the horror genre during our segway into the 2010s. I believe that the films made nowadays have a lot more weight in the genre.

The Cabin in the Woods, The Conjuring, Sinister, Get Out, The Witch (VVitch), You’re Next, A Quiet Place, Hereditary, The Neon Demon, It, Black Swan, and so many others that are more than just slashers or gore. These are films that are beautifully stunning or stimulating, they make us think, they are diving into the psychological or supernatural field to make us feel something emotionally.

What gets to me about It Follows is the emotional turmoil the lead character goes throughout the film. 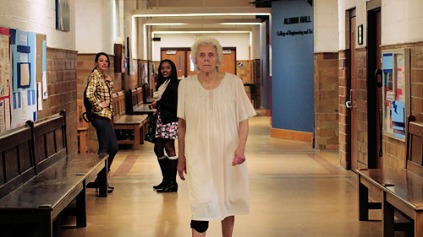 The basic premise is that after she has had sex with her date, she is then passed on this “curse” that is death, following and creeping up on her to take her. The entire movie is her fighting off the end result as long as she can with the help of some friends.

Imagine, doing something so intimate with someone for it really to not mean anything but being used. There’s something emotionally disturbing about that. It’s intimacy, sympathy, guilt, self worth and self discovery.

This isn’t a Friday the 13th story where if you have sex or be irresponsible, you die. There’s no campground, no serial killer who has mom issues, no huge body count or gore but a young woman trying to survive with literal death everywhere and only she can see it. Death comes in different forms throughout the film: the most known is the older woman in the school and as well as the tall man coming down the hallway in a home. And all of that because her boyfriend left her behind to deal with something on her own.

I enjoy the plot of It Follows. 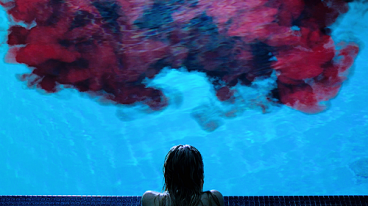 Also, let’s talk about the cinematography of this movie shall we? The colors in the film is so memorable to me. The blood forming in pool is a stand out moment, the dense cloudiness throughout the film and it feels like real weather. The night scenes feel like fall and the day times are gloomy. 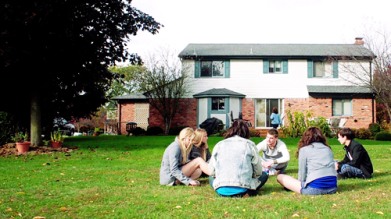 It looks modern yet there are some hints of “past” horror film vibes and colorization thrown in.

The cinematography plays second to the plot of the film, not on the same level or toppling the story like Suspiria, The Shining, something in that category. Basically the environment is not a second character or damn near the first one but just… “there.” 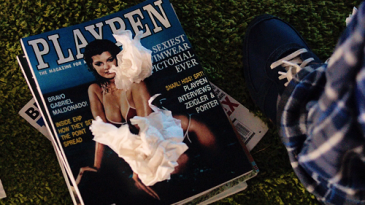 However, there’s something great and magical about the entire look of the movie. Many over head shots and interesting angles to take in the entire landscape of where we are in whether its outside of a warehouse or inside of one to a school and a swimming pool where the climax of the film takes place. The camera work plus the color use balances each other out and the entirety of the film looks great.

Lots of neutrals and earth tones. I think that makes the movie feel grounded and not too fantasy or dream like.

Please check out It Follows if you have the free time. I think you’ll enjoy it. And if not, perhaps you can understand the coolness of this film.