I did a post a while ago about children & horror, it was an interesting topic and well, I was reading through it and I kinda want to do part 2 but maybe a lightning round of even more movies that would/could be discussed more. I really focused more on horror media towards a kid audience like Goosebumps or some “popular” mainstream films where it’s so obvious.

But re-thinking films I’ve recently seen and completely forgotten, here’s a more updated version of that previous post. Like how can I forget some of these classics? And more modern films?

So here are some great suggestions in a lightning round situation of some great (or fun) movies where young child actors are either portraying the leads as protagonists or doing one hell of a great job as a villain.

a. The Sixth Sense (1999) – Cole can see dead people. That’s terrifying on its own.
b. Alice, Sweet Alice (1976) – I still think Alice had a big influence on getting rid of the people she didn’t care off, hands clean.
c. The People Under the Stairs (1991) – Watch out for your neighbors. 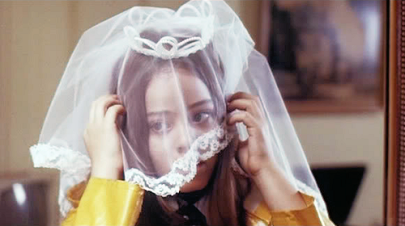 d. The Bad Seed (1956) – “I like apricot juice, it doesn’t even need ice.”
e. The Good Son – The scariest thing is that there are kids out there like Henry who are just downright terrifying and then grow up into a terrifying young adult.
f. Let the Right One In (2008) – The original, the child actors have this innocence and naivety around them and it gets lost in the remake. But the remake isn’t bad either.
g. The Brood (1979) – Blood licking. Ugh.
h. The Monster Squad (1987) – Dracula literally gives no fucks on getting rid of kids in this movie. NONE.
i. The Gate (1987) – Claymation. Lots of claymation.
j. Stephen King’s Silver Bullet (1985) – The actor who plays the big bad in this also plays the big bad in The People Under the Stairs. He’s good at tormenting children in film.
k. Stephen King’s Children of the Corn (1984) – “He wants you too, Malachai”.
l. Village/Children of the Damned (1960, 1964) – Think of a wall.
m. Tigers Are Not Afraid (2017) – The acting of these young performers is remarkable. You care so much for these children, you want to protect them so much.
n. The Mimic (2017) – Powerful. Gut wrenching. Second movie with “tigers”.

Please note that I did not list The Exorcist, The Shining, Orphan, Sinister, Hereditary, The Conjuring Universe, etc for a reason. These are pretty known or more talked about in my opinion. I think maybe an exception would be Sinister or Orphan. Last year and in 2019, I did watch a lot of movies with the plot surrounding children and it’s a different vibe than teenagers or young adults. The stakes are even more higher and more risks are taken with how to present the material to the overall audience without taking it too far.

What movie would you suggest? Or which ones have you seen that you’d recommend? Leave a comment below!

6 thoughts on “When Horror Focuses on Kids”