Overdue for a long, long time.

The Nightmare on Elm Street franchise is my favorite franchise in the genre. There are only 9 films under its belt and a tv series Freddy’s Nightmares that will be excluded out of this list for the fact that it is a series.

Finally, I am going to rank my favorite ANOES films in the franchise. Now, fair warning, this is MY listing, my opinion and I’ve seen many others do this and this just my take. I might later do Halloween or Friday the 13th, Child’s Play, any other significant franchises but right now, let’s do it!

9. A Nightmare on Elm Street (2010) – This one starts us off. For real, no one asked for this remake and it wasn’t a worthy one at that. The only highlight is Haley’s own portrayal of Krueger but the overall narrative and special effects were really distracting. And not in a good way. 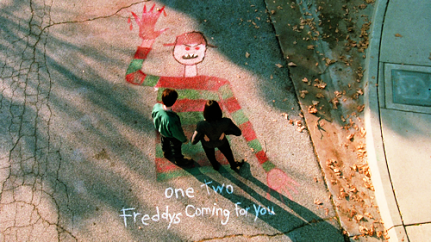 8. Freddy’s Dead: The Final Nightmare (1991) – This used to be a big big favorite of mine. I think it’s less scary, more comedy driven. The kills aren’t that memorable but I do enjoy the end credits.

7. Freddy vs Jason (2003) – I must have seen this in theaters as a side note. I don’t mind the narrative, the fact that Freddy is forgotten and therefore powerless is a nice touch and him using Jason to basically get the glory is great too. The only thing stopping this from being higher is some of the special effects or camera techniques used, especially in one particular scene where visually it’s choppy. The kills are great, love the color use, Englund is great as Freddy as always, with a hint of more darkness than we last saw in Freddy’s Dead (canonically).

trilogy based around Kristen and Alice and to me personally, this is the beginning of MTV Era Freddy. There’s a glimpse of it in Dream Warriors but this movie really sets it off. I liked seeing our previous characters in the real world, going to school, kinda wonder how all that went down but clearly Kristen (played by Tuesday Knight) is having some difficulty adjusting. Also, we’re introduced to Alice who will continue the franchise on into Dream Child.

5. A Nightmare on Elm Street 2: Freddy’s Revenge (1985) – I had a love/hate relationship with this movie. I guess I didn’t care for it in the beginning really because of the director. His uppity energy threw me all the way off. I still don’t like him. However, this movie grew on me the older I got and the more I realized how this affected watchers of horror when it comes to the LGBTQ+ community. If you have not seen the documentary Scream Queen! My Nightmare on Elm Street, please do so. It’s on Shudder and it’s great to get an insight of lead Mark Patton’s life before, during and after Freddy’s Revenge and how it truly affected him and haunted him. Once you watch it, your perception of Freddy’s Revenge changes. 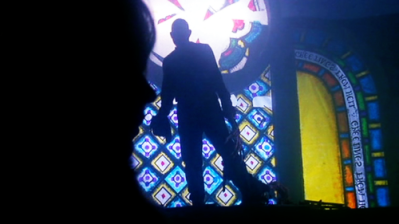 4. A Nightmare on Elm Street 5: The Dream Child (1989) – Hear me out. This movie frightens me on a more playing field as Rosemary’s Baby, It’s Alive or even The Brood. Horror films that involve children or babies in harm’s way, really gets to me. The atmosphere, cinematography and the kills are good, especially when we get to the comic book dream kill and Super Freddy. The special effects are crazy effective, too. And if you’re a fan of Freddy lore, you get a lot of it in this film as well as into Freddy’s Dead. ALSO, the kill for Dan in the movie with the motorcycle/bike? GREAT.

3. A Nightmare on Elm Street (1985) – The movie that started it all. The movie that basically built New Line Cinema to become what it is now. Freddy doesn’t really show his face until closer to the end of the film. The kills are iconic, especially Tina’s which is the most brutal. The narrative and execution is perfect. Craven’s direction really shines bright and the special effects… practical but so effective. Tina’s death? Freddy pressing against the wall under Nancy? The last half hour of the film’s climax is… muah.

2. Wes Craven’s New Nightmare (1994) – I believe this movie is the blueprint for what eventually Scream becomes. New Nightmare is innovative, some of the film is based on reality as in Heather’s stalking, she is married to someone who works in special effects, their lives truly changed out of that first film. It helps that it was also released on my birthday of October 14th! The cast is great, young Miko Hughes does a great job playing Heather’s son, and shoutout to Krueger playing “himself” in the credits.

1. A Nightmare on Elm Street 3: Dream Warriors (1987) – After the second film, this film feels more like it is tied to the 1st movie. Craven has come back to have some influence over the film and it feels almost like a reset. You bring Heather back as an older Nancy, we have a younger group of teens who are facing Krueger through their dreams with special abilities, some nuggets of Freddy’s past/upbringing are sprinkled throughout the movie but our introduction to Kristen? The Freddy worm and how he recognized Nancy? You want to talk about the kills? ICONIC.


How would you rank the films of ANOES? What would top and what would be at the lowest? What do you think overall makes the franchise work? Let me know in the comments below!