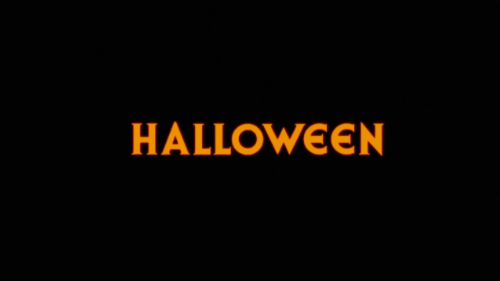 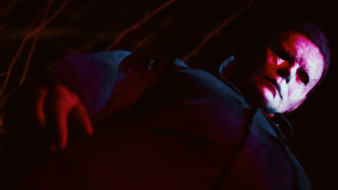 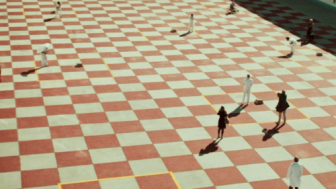 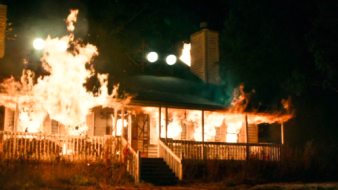 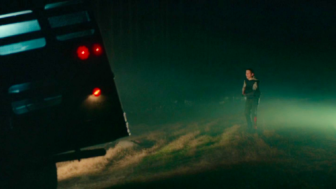 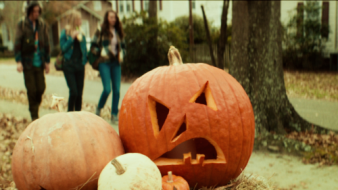 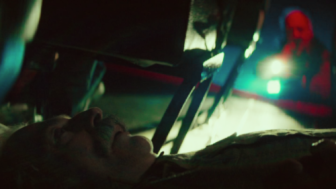 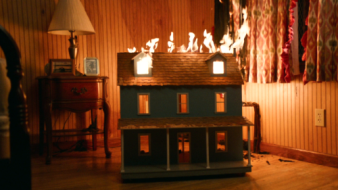 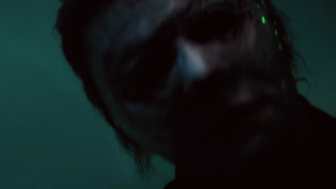 One thing I’ve noticed from the jump about Halloween… the lighting. It’s the CHOICE of color in lighting.

It reminds me a little of 80s horror lighting which is neon. Lots of neon in purple, greens, reds or blues. Watch a horror film from that time period, you’ll see it somewhere: Vamp, Killer Klowns, Creepshow, A Nightmare on Elm Street, The Thing, Suspiria, Re-Animator, the list can go on and on. It was a thing of that time that somewhat went away in the 90s and 2000s but kind of resurfaced in the late 2000s into 2010s here and there.

Halloween, the original, doesn’t do that. It does however goes for cooler tones. The newest film does the same. It feels FALL or autumn, and yes there are warm tones or colors like pumpkins, fire, leaves, to create that feeling of this is September-early November but surrounding it are cooler tones.

For those who do not know, warm are orange, red, yellow and cool are green, purple, blues. Tones are a mixture of a color with grey (or simply black and white). Tint is a color mixed with white and shade is a color mixed with black. When I watch a film, especially horror or sci fi, even fantasy, coloring is what will set an overall movie tone for me. It’s not the script or the acting, it’s how the movie looks and how it evokes a feeling to understand “okay, this is a heartfelt film” or “this is going to be dark”. Halloween, the 2018 film, you get glimpses of both but overall, it’s going to be a “dark” movie.

The last movie I had watched was 2019’s Crawl and that film is considered “dark”. The colors and lighting are dull, bright but cooler tones. There is barely any warmth through that film and it’s at the beginning when the lead character is swimming and even that, the colors around are blues. The environment of the movie isn’t about hope or happiness, it’s about danger and survival against the elements and alligators. The same could be said about Halloween. It is about danger and survival, the colors chosen emphasizes that.

Another great element to this film is cinematography.

For those who are not aware of how this blog originally started on tumblr, it was/is about the cinematography. Horror has great cinematography and color and special effects that get overlooked because it is in the horror genre.

That’s the reason for “a color story/study”. I want to showcase horror films for their greatness, visually. Halloween is not a disappointment in this category.  If you haven’t seen the latest film before Halloween Kills is released, please do so. Halloween Kills has been delayed but I cannot wait to see what else this new life of the franchise has to offer.