I feel like not many know about this movie.

It’s always been my theory that if you are a horror fan or a film fan, you’d know more than the average movie goer or watcher and there are like levels of horror. You have the more popular, well known horror films or icons but the second tier and below, you’re falling deeper and deeper into the horror rabbit hole. This movie, is probably on the third or fourth tier.

This is The Guardian. 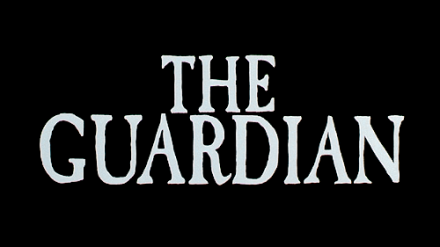 The movie I’m talking about is 1990’s The Guardian. There is another movie with that same title from 2006 but this is not that. It’s directed by William Friedkin aka the one who brought us The Exorcist to screen though he does disassociate himself from this film, I mean, according to Wiki and it’s probably true, it is credited under the pseudonym Alan Smithee. Ouch.

Plot wise, it’s kinda simple. If I had to describe it in my own words: The Hand that Rocks the Cradle meets Celtic urban legends with a dash of evil. The summary is that a couple (played by Dwier Brown and Carey Lowell) with a newborn are looking for a nanny (portrayed by Jenny Seagrove). However, the nanny they have chosen is a druid or descendant of druids/Hamadryad and has had many infants disappear in her care.

I first discovered this film through the Boogeymen compilation that’s available on dvd and VHS (if you can find that one) and the nanny is the only female “boogeywoman” or “boogeylady” featured so obviously, she must be something else. And she is.

I don’t mind this film. I like parts of it, especially the whole supernatural/druid elements of it because as you guys know, supernatural horror is one of my big faves. I like the idea of it. The concept is different, tapping into an emotional vulnerability and the special effects are not bad either. I like the look of the “tree”, ominous and unnatural looking but that’s the point.

What I don’t like however is it is confusing at times. A lot of times. Like what evil are we talking about? Is it her specifically? Is it the tree itself? There are other forces happening and we don’t get clarification. I know there was a lot of script changing and things falling out of place and I’m sure that affected this movie. Like the film comes to these moments of tension and on the verge of being terrifying and then it cuts short and you’re like WHAT. There’s not a lot of time to digest or at least comprehend what’s happening.

I’d compare this movie to a long road trip or car ride where it’s not smooth, there are hiccups and random red lights or speed bumps that comes out of nowhere at the wrong time.

I like the movie but I definitely see its faults and it could have been better. Friedkin didn’t have faith in it, it clearly shows sadly.

Give The Guardian a watch. It is considered a cult film as far I know 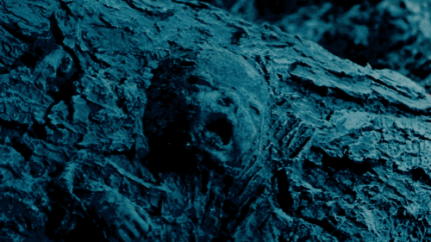