BIG DISCLAIMER UP FRONT: I am strictly focusing on the film and the film’s subject matter. I am not going to go down the path of the recent #MeToo movement and the allegations/history of Harvey Weinstein and McGowan, etc. This blog is not for that. 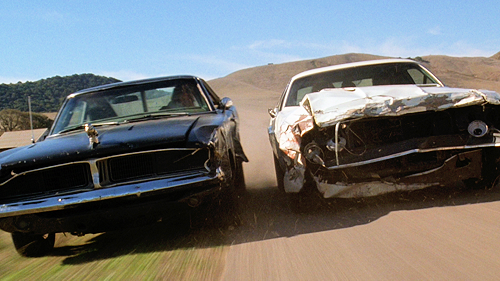 It’s got a great soundtrack but what could you expect from a Tarantino film?

And yet, it’s got its flaws.

I might even like Death Proof more than Planet Terror. Now I love zombies and gore but I also like interactions and relationships and how people are placed in certain positions to see what they can and will do. The difference is that Planet Terror is a kill or be killed kind of environment whereas Death Proof is more… kill but beware of who you’re trying to kill.

Dialogue in DP is memorable but it can be too much or “too runny”, there is a great moment where a second group of girls (Dawson, Winstead, Thoms and Bell) are chit chatting away in a diner and in the distance at the bar is Stuntman Mike (Russell) basically stalking and hunting again.

By again, I mean, there was a previous group of girls (Ladd, Ferlito, Poitier and McGowan) that were stalked, played and then “accidently” killed by Mike. This is one of those movies where you are trying hard not to root for the bad guy but you want the bad guy to also get it in the end… and he does.

I love some of the references/throwbacks to previous Tarantino films which if you don’t know them, you’ll miss those little easter eggs. 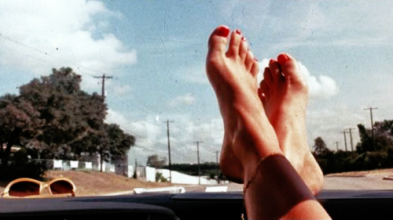 I also love the cinematography in this film. I prefer it over PT. Long stretches of roads and highways, naturally lit, certain colors pop across the screen and it isn’t dulled down. There’s also this softness throughout the film… mostly in the daytime shots, it’s almost like a filter over the film. It makes it look… pretty. Clean. 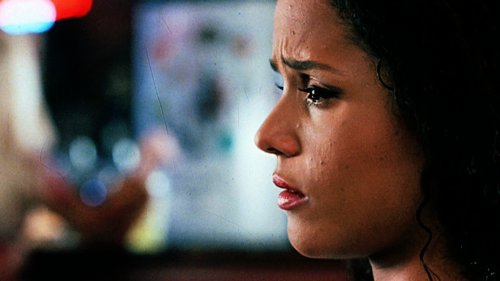 I suggest checking out Death Proof. I also would say listen to the soundtrack as well. It’s pretty great. I love a lot of the songs featured in the film from The Coasters to April March and other artists you may or may not know of, Tarantino definitely does his thing when it comes to music within his films.

They do compliment each other. It’s as if the music is another character in a Tarantino film…